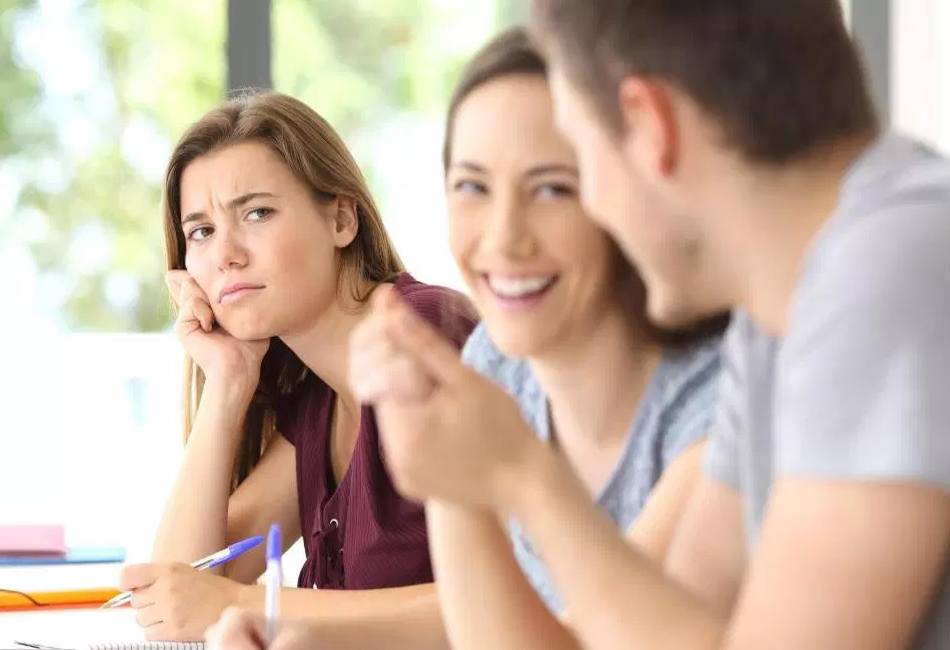 As people and society evolve, relationships evolve as well. What was once seen as something unacceptable, can later become the norm. For instance, online dating was once considered something weird and that you should be embarrassed to admit to doing it.

The same thing happened with breaking up with someone over text. The younger generation not only views it as acceptable but normal. If you ask any person over 30, they’ll be baffled and horrified. Now, if the person is a teenager, they’ll think it’s okay.

The point is that things change. Flirting with someone else while being in a relationship is a little more complicated than the 2 previous examples.

Flirting is different from online dating or any other cultural phenomenon that we perceive differently now because it evokes the same feelings that a cheating situation does.

So, it will depend on the people involved in the relationship and how they feel about it. For now, what matters is how you feel about it more than what an expert has to say on the matter.

Still, it’s good to judge the situation from an informed standpoint instead of an ignorant one. For those in a real serious relationship, I recommend this program that will help you save your marriage before it is too late. So, without further ado, below are different scenarios to help you get to a solution.

It all depends from couple to couple, but it does usually not feel good to know that your partner is flirting with other people. Now, before you think that there are serious problems with your relationship, it’s important to know that intent matters.

For instance, if your partner was flirting for a specific outcome, and that was to make out with someone else or have sex, then it’s obviously worse. Now, if it was just for fun, then it might not be a big deal.

The point is that intent matters. Obviously, there are people who still think that even if it was just for fun or the attention, it’s still ground for a breakup, but the truth is that it’s just a harmless thing.

The important thing is that both people in the relationship sit down and talk things through. If you found out that your partner flirted with someone else, try to find out the intent first.

Again, if it was just for fun or attention, it isn’t cheating. Which still doesn’t mean it’s okay. Some people don’t feel comfortable with it in any way, so that’s why communication is important.

Did Something Else Happen

Once you know the intent, it’s time to dig deeper. Did something else happen? Not just a kiss or even sex, but perhaps, other kinds of intimacy. This will depend on what you consider as cheating.

For some people, an exchange of looks, if something it’s felt that wasn’t supposed to be felt, can be worse than a kiss. What happens during and after the flirting is as important as the intent.

This also helps you figure out the intent. So, take into consideration what happened. A kiss or any exchange of affection would obviously worsen the flirting.

This will all change from gender to gender, in general, because women tend to view feeling something as cheating and men consider any display of affection cheating. So, it will obviously change from person to person.

Now, if nothing went beyond flirting, then it’s probably a harmless thing. It’s important though to talk about it and voice how you feel. Maybe there are other issues that are cause for concern. Especially those in a marriage you might want to find out how to keep your partner in a strong relationship. There is a program I highly recommend that can help guide you in saving your marriage before it is too late. Find out more information here

If after flirting, your partner exchanged numbers with someone else, it may be a problem. Even if the person doesn’t intend to call anyone.

If when someone asks for your partner’s number or gives theirs to your partner and they don’t say that they’re already in a relationship, it may be a big problem coming your way.

Even if your partner says it’s something harmless and innocent, taking someone’s number may indicate an intention to call the other person. Which in turns means an intention to connect with that person.

So, exchanging numbers may be worse than exchanging looks. It all depends on the situation and on how you feel about it, but it’s a strong indicator that something is wrong.

If you find a number on your partner’s suit or on their phone, you may want to dig that a little bit. If it really was exchanged after flirting with someone else, then it can be considered cheating, or at least, an intention to cheat.

Especially when people are in a long-term relationship, it’s sort of normal to long for connection and excitement. So, if your partner flirts with someone, it may be just a self-esteem booster. An “I got it” situation.

Now, this may be an indicator of something else. Maybe your partner feels neglected or not seen by you. Even when you assume that person knows how much you want them, it’s still good to let them know.

Make them feel desired and loved. Now, about if this counts as cheating, it doesn’t. You have the right to feel however way you do feel, but flirting just to feel good about yourself isn’t a big deal if it doesn’t go far.

The most important thing is that your partner isn’t interested in the person. Only the attention. That may be the key to harmless flirting. When the person is doing just because the attention feels good, it’s usually okay.

Now, if the person is doing because some part of them feels interested in the other person, then you have a problem. If you are looking for effective suggestions on keeping your spouse click here for more information.

Again, intent matters. That’s why you should investigate what the reasons are for your partner to flirt with someone else other than you. There are many reasons why someone could flirt with another person.

The ones that matter are the situations when it’s just for the attention or when there’s actual interest in the other person.

The best way to know this is to actually talk to your partner and ask. Even if the person doesn’t tell you the truth, you can tell by the way they talk about it.

If they feel accused or nervous, it’s a bad sign. If they hide or you see something in their eyes, it can be even worse. Now, if they act normally and says it’s no big deal, it probably isn’t. Unless you have a professional cheater by your side.

So, from there, you can either ask yourself if you think there’s something to be done about it or not.

If you see your partner flirting with someone else, the best thing you can do is to take a deep breath and talk about it. Voice how you feel. If you don’t like it, say it. If it doesn’t bother you because you know it’s just for the attention, don’t think there’s something wrong because you don’t care.

The point is that it’s usually a good course of action to say how you feel and talk about it. It might be surprising but most people keep it quiet and then burst out in the worst possible moments.

So, instead of taking the passive-aggressive route, tell your partner how you feel. Again, just flirting isn’t cheating but it might be the sign that something it’s wrong.

So, reflect on your relationship and ask your partner if there something off. Maybe there’s nothing bad going on but there are things that could be better. It’s about communication at the end of the day.

It’s All About the Rules

Again, communication is the key. If seeing your partner flirt with someone bothers you, tell them. If it doesn’t, then no need to do anything about it.

Now, it’s important to remember that if the flirting had an intention, it’s like finding out that your partner was going to cheat but you got there first. It’s not cheating exactly but it feels like it.

So, talk about your rules. If flirting to you feels like cheating, then it’s cheating. It’s okay to feel however way you feel. Make sure to talk about it, and deal with it in the best way for you.

So, flirting is not cheating but it may be the symptom and not the disease. Make sure to establish rules and expectations. Remember that communication is everything in a relationship. And just make sure that you voice how you fell. Don’t let the feeling bottle up.

Now, take into consideration intent and how you feel about the situation. If it doesn’t bother you, make sure it’s for the right reasons. That being because you’re fine with it and not because you don’t care about your relationship. Get this guide that will help you save your relationship especially those that are married.