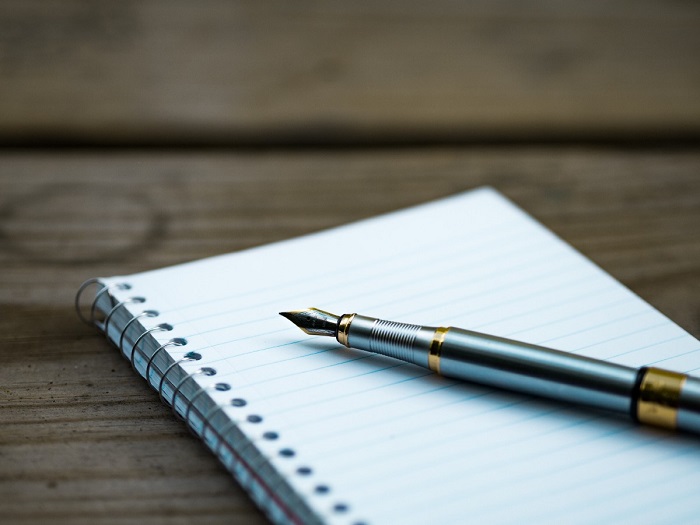 If you think about it just for a few seconds, you will realize that there are as many different ways to send those messages as you can think.

The most important thing here is to remember that a secret message has to be able to be decoded by the receiver. This means that if it is invisible, it has to be a way for the receiver to see it. If it is an enigma or a puzzle, the receiver has to have the tools and the knowledge to decipher.

The point is that no matter what method you choose, you need to make sure that whoever gets the message on the paper has a way to understand it.

Now, to help you prepare the right secret message, we are going to teach you a few methods below so you can write your own secret message yourself. There is a method used by spies since the past century. A method that is used in ancient times, and many others that are sure to fit your needs.

With these options finding out how to write secrets messages on paper, you’ll have no issue keeping your secrets safe. Just remember to test each first to see what works better for you, and remember that the receiver needs to have the knowledge and the tools to decode the message otherwise it is pointless to write them in the first place.

How to Write Secrets Messages on Paper, The Top 5 Options

Let us start with the old-fashioned invisible ink. Everyone has heard of it, but it still is a classic. It is a classic because it still is an efficient method to send secret messages on paper. Some version of this method has been used for decades from spies to secret lovers.

All you are going to need is a lemon, water, and cotton swabs. In a bowl, you pour lemon juice, then add a few drops of water. When the mixture is ready, dip a cotton swab to act as your pencil. With the cotton swab begin writing your message.

To see the message all that is required is that the paper to be held against a heat source such as a light bulb.

To make things more interesting write something visible on the paper. This way no one will be intrigued by a blank page.

You can also use a cipher to make it more secretive, which is the next two methods.

The Caesar cipher is one of the simplest and safest methods to write a secret message on paper. All you are going to need is the message you want to write and a coder. The coder is what the person is going to use to decipher your message. It is a wheel with two circles.

To reveal the message, all one has to do is spin the wheel. The way it works is quite simple. The letters on the outside wheel match the ones on the inside wheel. This way you have to replace one with the other to form the message and read it as well.

The cipher has this name because it is a homage to Julius Caesar the emperor of the Rome empire that used this method to send important messages to his generals. The cipher was widely used throughout history since then.

This is a fairly simple method and it is not advisable to fool anyone. Unless you give the concept a spin. Basically, in the traditional cipher, each letter has a correspondent number or symbol. A is 1, B is 2 and so on. The problem with this method is that it is too easy to decipher it.

So, what you can do here is use other symbols or spin the idea. For example, you can make a sequence of numbers in which only the odd ones are part of the message and the rest is just distraction. So, the message “help” would be 8-1-5-7-12-43-16

This basic cipher is more to get you more familiar with ciphers than anything else. Since it is easy for people to find out what is the message, it is not the safest one to be coding your messages with.

The reverse alphabet is another simple method that can become a little better and safer with the right spin on the concept.

This method is quite simple. All you have to do is reverse the alphabet letters to form your message. Here, the A becomes Z and the B becomes the Y and so on.

This method is another easy one that has the downside of being easily discovered. What you can do to make it difficult is to make only the prime numbers (2, 3, 5, 7, 11, 13…) the content of the message. So, the message “Call Me” would become AXZLOIO YOUNKV

Again, this method is just a good introduction to secret messages if you go to the traditional route. If you do follow the tip of making it more difficult, then it can become more interesting and harder to decipher.

Acrostic code is one the most fun methods to write secret messages. It is also difficult to decipher because is written in a message that makes sense. It does require some thought to be put into it. If done right, it will fool almost anybody.

This method is inspired by acrostic poems in which each first letter of a verse forms a word.

So, these are the most common and best methods for you to send secret messages on paper. Just remember that whoever is on the receiving end, the person has to know how to decode the message.