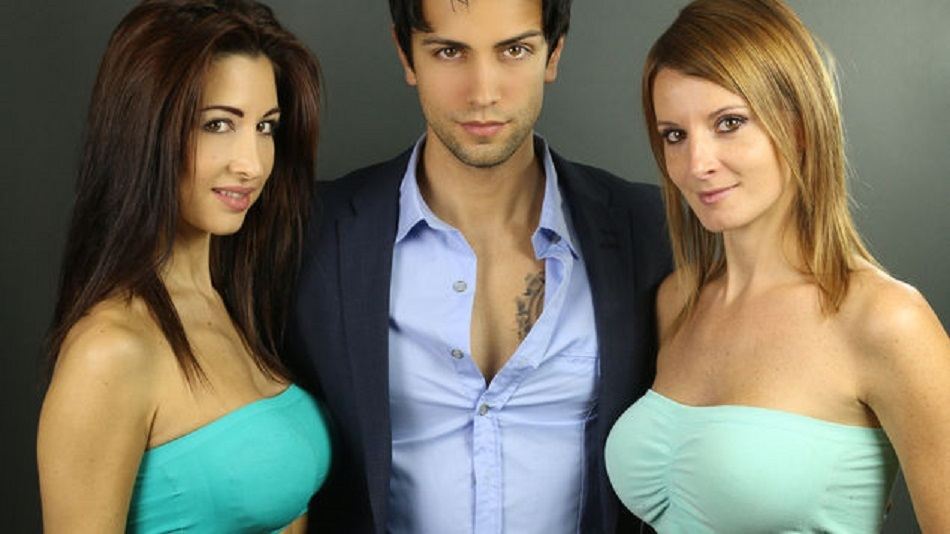 As people are living longer and there is an infinite number of things to do in life, monogamy is being questioned by many. Forever is starting to take longer than many had imagined. With this feeling of monotony, couples are reconsidering how their relationships should be.

After all, there’s no rule in our DNA that we’re supposed to follow a monogamy lifestyle. It’s a choice as much as polygamy is as well. Therefore, it should be up to every couple to decide what works best for them. Still, since our society views monogamy as the ideal relationship structure, it’s not always easy to feel comfortable with the idea of the opposite.

Many people encounter themselves with this whole dilemma. Especially if you’re not the one that brought it up, you may find yourself in an uncomfortable position. Make the decision to try to save your marriage or let it sink.

If you gave your husband permission to sleep with other women or are thinking of doing this, it’s important to consider a few things. You should think long and hard about it.

Many people deal well with the situation and make their relationship better for this decision. But many also ruin what they still had. This is why you can’t choose this with the same lightness of someone who’s picking the color of the new fences.

Below you’re going to see all the points that you should consider. Read till the end, and you’re going to have a better idea of what to do next. It can be the best decision that you’ve made for your marriage. As long as you understand the results that this may bring.

If you understand that the basis of your relationship is much stronger than just sex, or exclusivity this can be the perfect decision to make things amazing again. Now, you must be able to handle things. After all, you should be comfortable should you choose to do this. A nice tip is to experiment. See if it works for you before making conclusions.

When Sleeping With Other People Isn’t Cheating

Sleeping with other people isn’t cheating for every single relationship. Depending on what agreement you have with your partner, it can be something acceptable in your marriage.

In the book Modern Day Romance by Aziz Ansari, the author explores how modern-day relationships are shifting into something completely different than 30, 40, 50 years ago. Technology plays a big role but isn’t the sole act in the greater scheme of things. People are realizing that monogamy isn’t for everyone.

So, it’s becoming more common to use technology to find like-minded people to have relationships outside of the main relationship that they currently have. To those people, cheating is when you break each other’s trust. When you lie, you’re cheating not when you’re having sex with someone else that your partner knows about.

It makes sense to them to seek other partners because their relationship goes beyond sex. It’s about sharing life, being partners, and understanding that sexual attraction isn’t exclusive to their partners only. Of course, this is a view that won’t work for everyone.

The secret here is to understand which relationship model works better for you. Giving your partner permission to sleep with other people may be a good idea if it’s something that will make your relationship better.

This is why the best that you can do is to sit down and talk about it for a long time. Consider every possible outcome and imagine how the reality would be like. Run certain scenarios in your mind to make sure that it’s something that you can handle. Sleeping with other people other than your partner might be finding a willing partner on Ashley Madison. Check it out here to find out why it was the best decision you’ve made.

The 3 Pillars Of A Relationship

Many experts consider that there are 3 pillars for every single relationship to work long-term. These will be the foundation for a healthy marriage. They’re respect, trust, and love. If you put the 3 together, you get a loving relationship that can work for many decades to come.

Now, it’s important to understand that including someone else into the mix won’t necessarily bring your pillars down. You can still have love, trust, and respect while sleeping with other people. Your husband can have other partners, the same as you, and still, love each other and have the best relationship ever.

As long as you have a strong foundation and make sure that it’s always firm, you won’t have any problems. Andrea Syrtash, a dating expert and author, says that it’s important to establish trust, respect, and communication as the basis of the relationship before starting new ones.

For instance, cheating breaks most couples up because it destroys trust, many times respect, and sometimes love. Now, cheating is the act of breaking someone’s trust by breaking a rule.

If sleeping with other people is okay in your relationship, cheating could be lying, deceiving, or any other thing that isn’t agreed upon previously. So, make sure that your pillars are unbreakable.

It’s All About The Rules

Have you noticed that every sport, every game has its own rules? The reason we have rules is that without it, we’d have chaos. Any basketball player would be able to put the ball under their arms and run to score how many points they wished. Not only that but they could have as many balls in the court as they wanted. The point is that there would be no structure or organization. Things would be confusing and messy. The same can be said about relationships.

It’s all about the rules. For a relationship to work long-term, you must have rules. Sleeping with other people is something that’ll inevitably bring other rules with it. For instance, can your husband have only one-night stands or can he have a girlfriend? Should he tell you every time that he goes out with someone else?

Those things are important to be talked about before you start to do this. It’s the best way to ensure that your relationship is always strong and isn’t affected by things that fall out of your expectations. So, make sure to establish rules and that you’re both happy with.

If you have solid rules that everyone feels comfortable with, you shouldn’t have problems. You both may need time to adjust to this new reality, but things should go way easier if you both establish a foundation and rules beforehand.

You’ll Never Know Before You Try It

If you’re thinking about this, but it’s not sure yet there might be a solution for you. You can talk to your partner about running a beta test. A beta test is something that it’s done in the tech world. This is when a company tests new software in the market to see what needs to be improved.

Certain customers receive this software and test to see if it’s ready or if it needs to improve certain features. You can do something similar. Try this new arrangement and see if it works for your relationship. You talk about your foundation and your rules, then you try it.

The Ethical Slut by Janet Hardy is a great guide for the inexperienced in polygamy. It goes into great length on what to do and how to do this new thing. It teaches couples how to try polygamy without destroying what they have. It teaches you how to make what you have even stronger.

So, if you’re on the fence about permitting your husband to sleep with another woman, you should try it out before making a final decision. Many couples understand that they’re not able to fulfill their partners needs not only physical but also emotional at times. This makes polygamy the perfect fit for them.

Everyone can be happy and satisfied without the guilt that comes along in a monogamous relationship that condemns affairs. So, try it out and see if it works for your relationship. Again, choosing Ashley Madison can be the best decision you may ever make.

Talk, Talk, Then Talk Some More

This may well be the most important thing that you have to do. Talking to your partner is crucial to make this work. Communication is the key to any healthy relationship. Making sure that the other understands how you feel and vice versa, it’s important to make sure that it works for both of you.

Sometimes, one of the partners is not comfortable with polygamy. They just accept it out of the fear of losing their significant other. One of the parts makes it clear that this new arrangement is the only way that they’re going to stay in the relationship, which forces the other side to accept it.

Susan Winter, dating coach, says that the problem is when the decision isn’t mutual. When this happens, it leaves a great probability for pain. Sooner or later, things will fall apart. This is why communication is so important.

Now, in a scenario where both parties are not only comfortable but completely okay with this new situation, communication is still important. You’ve both established that sex is something that you’re okay with sharing with other people, but you still have to establish what else can be shared.

You should make it clear if it’s okay to have other long-term relationships outside of the main one. Or if it’s only okay to have casual partners. Do you want to know about it, even certain details, or do you want it to be something discrete? These are things that you’ll have to talk about it with your husband.

Monogamous Relationships Aren’t The Only Option

1/5 of Americans under 30 are in some kind of open relationship, according to a recent study. This shows us that the new generations are becoming more accepting and open to the possibility of open relationships. There are many reasons that explain this. Perhaps, the main ones are to do with a cultural shift in how relationships are perceived.

People are understanding that not everyone was tailored for monogamy. The idea of having only one partner is something that makes certain people feel trapped and imprisoned. This makes them seek other relationship models that are in agreement with their personality.

The important thing is to understand that both monogamy and polygamy are okay but not for everyone. The goal here is not to defend one over the other. You should consider if polygamy works for you. If you want to give permission to your husband to sleep with another woman, this is a strong indicator that polygamy might be for you.

Now, you must do it for the right reason. If you’re doing because you feel like you’re not enough or only because it’s something that your husband wants and you don’t want to lose him, then it’s probably a bad idea. You’ll regret it eventually.

Monogamy and polygamy aren’t for everyone. The secret lies in figuring out which one is for you. Try to abandon the social constructs that were put in your head by society and see what works for you. Consider all the relevant things such as how this is going to affect your relationship. Talk about and establish rules and a foundation. Do this, and polygamy might be the best decision you’ve ever made.

Is My Child Mine: Learn the Truth

How to Make Your Spouse Feel Guilty for Cheating

What is the Difference Between Emotional and Physical Cheating: How To Handle It

Can a Cheating Man Change and Be Faithful: A Shocking Revelation