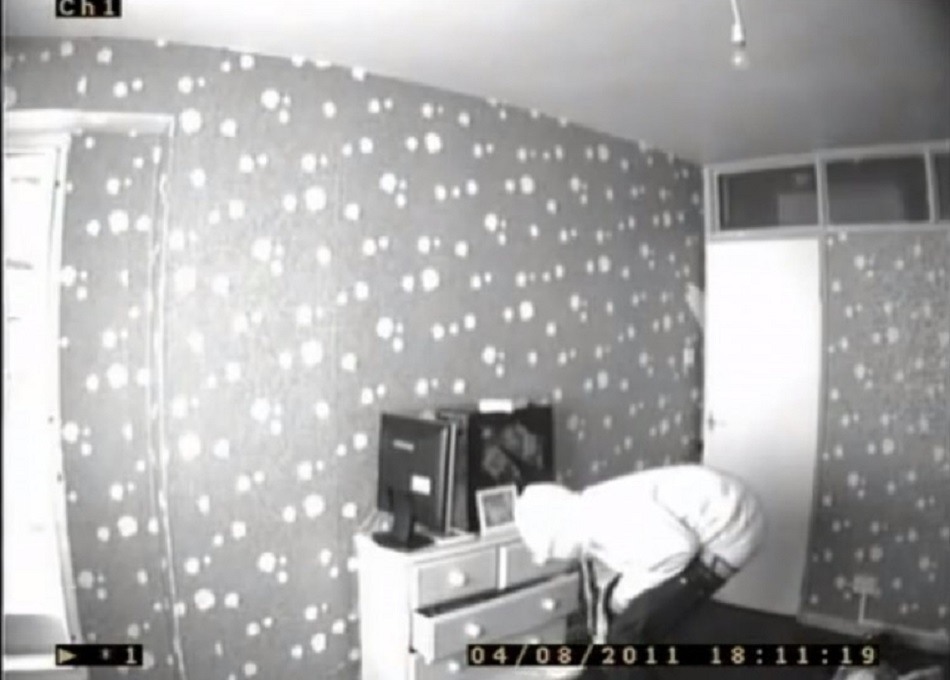 Have you ever walked into your room and felt certain that someone was in there? That sensation that lets you know that something is out of place or different but you can’t quite exactly point out what. You try to look around but nothing makes you sure of your suspicions. It can be frustrating. This is when you think about how you can fix this. How you can be certain that someone was in your room.

Now, there are many different methods to help you determine if someone was in your room, but they’re usually expensive or don’t work at all. This is why you’re going to learn the ones that work in this article without having to turn your bedroom in a bank vault.

Setting up traps to catch someone who was in your room isn’t that hard if you know what you’re doing. The first thing that you have to establish is what you want out of this. Do you want proof or you just want to know? The difference is that if you want to produce physical evidence, you’ll have to put a little more thought into it.

You’ll have to set a trap that records them in some way. This isn’t a problem or something difficult to do at all. It’s better than using the tennis ball method. Too many people know about this one, so it doesn’t work as it used to. If the person who’s invading your room is careful, they’ll see right through it.

On the bright side, you don’t give any chance that the person will deny it. If you catch someone on camera, they’ll have no choice but admit what they did. So, if you want to know a few different traps to catch someone who was in your room, keep reading till the end.

The first method that you can use to establish if someone was in your room is to place a few hidden cameras around. If you can place only one is okay, but if you place more than one to cover different angles is even better. The most important thing to remember is to place one camera that covers the entrance of the room.

Still, it might be a great idea to get more than one because the person might be invading your room from the window and not the door. Anyway, place a few hidden cameras and make sure that they have enough battery and storage room to record a few hours while you’re gone.

Some cameras are activated with movement, but this is not common with hidden cameras. The best that you can do is to put them inside books, the closet, or anywhere that doesn’t make them too visible.

So, place a few hidden cameras around the room and see if you can catch the intruder. This highly rated Spy Cam Bluetooth Speakers is a great model of hidden cameras for this job. They’re small and super-efficient. You’re going to film the intruder in no time.

This another practical trap that you can set up in a few seconds. The voice-activated recorder can be left anywhere around your room. You can get a model that mimics another object, so the intruder will never know that s/he is being recorded. Just make sure to place it somewhere that’ll be able to capture sound without the interference of other objects.

Now, it’s important to point out that voice-activated recorders will only work if the person talks or make noises while in your room. If the person is silent, it might not work at all. This is a trap that works better when you use it together with a camera. Still, it’s a cheap and efficient way to catch someone, if they make noises.

So, place this highly recommended voice-activated recorder inside a drawer or around the desk to catch the intruder. You could also set up a trap to scare the person and force them to speak. This way, you’ll be able to record their voices and possibly find out their identity.

This trap requires a little more work on your part, but it’s one of the best that you can set up. Installing this alarm from Amazon in the entrance and the windows is a clever way to catch someone who was in your room. The alarm will both let you know that someone was in there and scare the intruder.

All you have to do is to set them up on every entry point and wait for their next visit. Now, it’s important to know that if you don’t install cameras along with it, you’ll only know that someone was in there but not necessarily who. Still, this is the best way to be sure that someone was indeed there.

You can opt for silent alarms or the standard ones that will make a lot of noise and let everyone around know that your room was being invaded. You can also set up a webcam and have a live feed to see what’s going on in real-time.

So, remember to set up the alarm in all the entrances and maybe add this recommended webcam to the trap. This way the intruder will never see it coming.

This is a hunter’s favorite. Trail cameras are activated by movement. This means that you won’t have to worry about the camera having battery or storage space since it’ll only record when someone or something moves. So, when someone invades your room and passes in front of the camera, it’ll start recording.

Trail cameras usually come in dark tones and colors that make it easier for you to hide them. What you have to do is to set it up in a corner or anywhere that it won’t be obvious. Leave it anywhere that it’ll be able to film the intruder, especially the entrances. Since people are more likely to come through the door, make filming that your priority.

So, make sure that the trail camera is set up on a hidden corner and that it covers the entrance points. A great model to use for a trap is this recommended Campark Trail Camera. It won’t get too much attention and it works for this kind of trap.

This is another practical and cheap method. The clear tape on doorknobs work for you to be sure that someone was in your room, but you’re not likely to know who was in there. The tape will allow you to get their fingerprints, which in turn proves that someone was there. Still, you won’t be able to know whom, unless you get the police.

Still, this is a great method. All you have to do is to place the tape on all the knobs. Get creative and place it on doors, windows, and drawers. Anywhere that you can think of is fair game. As long as you make sure that it’s a place that people will touch, you should put this clear tape on it.

So, make use of cameras, recorders, tapes, and anything else that you see fit. As long as it helps you catch the intruder once and for all.