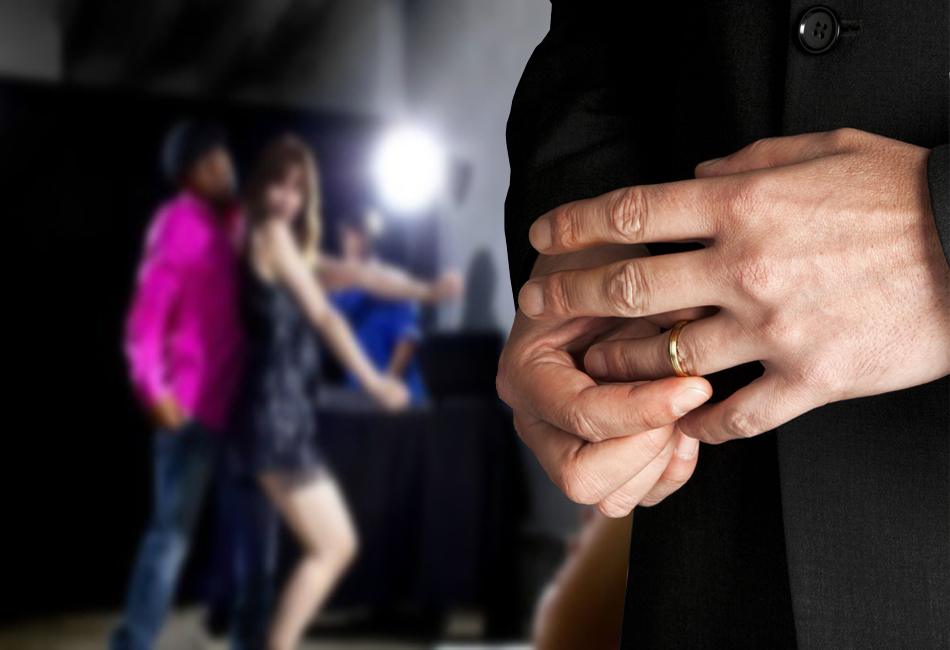 Open marriages are becoming more common or, at least, more acceptable. Still, there is a lot of taboo on the topic. People are uncomfortable even talking about it let alone consider it. Now, it obviously isn’t for everyone, but if it works for you, it works for you.

One of the main things that people can’t wrap their heads around when it comes to open marriages, it’s the fact that having sex out of the relationship isn’t considered cheating.

Having sex with someone else is viewed as cheating in a monogamous relationship because that’s not acceptable in a relationship like that. Now, when your relationship accepts sex out of that relationship, you still can’t lie or betray the person you are committed to.

So, sex may not be seen as betrayal, but having feelings for someone else may be. Or lying about anything else like where you’re putting your money or how you’re spending it.

Thinking that only having sex with someone else can be considered cheating is incorrect. There are other ways that someone can cheat. Most of them have to do with trust.

If you’re breaking the trust that your partner gave to you, you’re still cheating. Even if there isn’t sex involved. So, you may want to find out the specifics below.

Think about all the other ways that someone can betrayal somebody else’s trust. Then, you’ll have the answer to the question.

It’s All About The Rules

So, make sure that your rules are well established so you don’t have headaches in the future. As always, communication is key to avoiding bad things and ensuring healthy ones.  For those who are not currently in this type of relationship but want to convince their significant other, the guide “Turn Your Partner Into a Swinger,” helps you through the process. Click this link to get more information.

In some relationships, it’s okay to have sex with other people like open marriages. Now, what it’s never acceptable is lying. Cheating or betrayal is all about lying. Making a fool of someone that you were supposed to love and never lie to.

If you lied to your partner, it’s considered cheating in any type of marriage that you might have. You could be lying about whom you slept with or about being fired. You could lie about an addiction that you have. No matter what the lie is, the point is always that you lied.

This is the thing that you should never do. A healthy relationship is based on trust. When you lie, you lose that. This is usually the beginning of the end. A relationship needs trust and healthy habits to thrive.

So, make sure to never lie to your partner. That is cheating in an open marriage. If you lie, even in a monogamous relationship, it’s considered worse than sleeping with other people.

Going Behind Your Partner’s Back

In a marriage, your partner will be many things for you. A lover, a friend, a supporter, someone that you can trust. When you or your partner fails to be one of those things, problems emerge.

In an open marriage, being able to have sex with other people doesn’t mean that there are no expectations placed upon you. For instance, if you go behind your partner’s back in any form, this will be considered cheating.

For example, many open marriages have the rule that you’re supposed to sleep only with the people that your partner vetted. If you do something against this rule, you’re cheating.

Perhaps the best way to see this, it’s to look at it from a certain angle. Think about how cheating makes someone feel. They feel betrayed. Whatever action that you do that makes your partner feel that way, can be considered cheating.

Sometimes people don’t lie but they don’t tell the truth either. Omitting something can be considered even worse than lying. If you do something that breaks one of the rules of the relationship and omits it on purpose, it can be considered cheating.

Obviously, in an open marriage, sleeping with other people isn’t cheating. Now, lying can be. Not only that but, having feelings and cultivating them, sleeping with someone that your partner doesn’t know about, hiding information. Whatever it is, if it’s breaking the rules, it’s cheating.

Always remember that it’s way more about how it makes people feel than the action in itself. Cheating can be tricky, but every relationship has its own rules and you know yours.

So, if you mess up, make sure to talk about it and apologize before things get out of control. The point is that omitting something is always the worse route. It can be even worse than lying.

Other Forms of Betrayal

We often only think of cheating as having sex outside of wedlock. That’s why it’s common to be confused when the perspective is of an open marriage. The truth is that cheating can come in many forms.

There are people that are okay with their partner having sex with other people as long as they don’t develop feelings. Others say it’s okay to even do that, but they have to be always honest about it.

Now, there are other forms of betrayal. For example, hiding your finances. Having addictions and not telling your partner about it. People can betrayal their partners in many other ways besides sex.

Imagine in all the ways that you could betrayal a friend. Usually, those same forms apply to a romantic relationship. Think about that a marriage has to have something more than just two people that sleep together.

For that to exist, you must have trust. You must have something that goes beyond just lust. So, betrayal can indeed come in other forms other than cheating.

Having Sex With Someone You Partner Doesn’t Approve

It’s common for open marriages to have the rule of the partner vetting who the partner is allowed to sleep with. There are a few reasons for that. First of all, this gives some power to the other person. It also includes them in the decision, so it’s not like there’s dishonesty.

Also, you’re in a marriage, you both need to be safe. The point is that not consulting your partner, or even worse, consulting and doing it anyway, it’s considered cheating. The worse kind by the way.

There’s this popular example when it comes to open marriages about the woman that got into an open marriage because monogamous relationships never worked for her.

So, she gladly accepted to be in an open marriage. One day, her husband came home and she was having sex with the neighbor. The husband confronted her not understanding why she didn’t consult him first. He would likely have approved, but she still went behind his back.

Then, she explained that she liked to sneak around. The reason that monogamous relationships didn’t work for her was that she liked the thrill of doing something prohibited.

As you can see, apart from the sex with other people, an open marriage isn’t that different. Obviously, it isn’t for everyone. But for the ones that are, you still have to respect the rules. Even if the rules are that there are no rules.

This is the best way to make sure that you nurture a healthy relationship. After all, if you respect the rules, have communication and great chemistry, there’s no reason you can’t have a great relationship.

So, make sure that you establish the rules beforehand. This saves a lot of trouble and drama in the future. Get it right, right at the beginning of your open relationship. I recommend this book to help guide to what it takes to swing successfully and to keep your committed partner from straying.