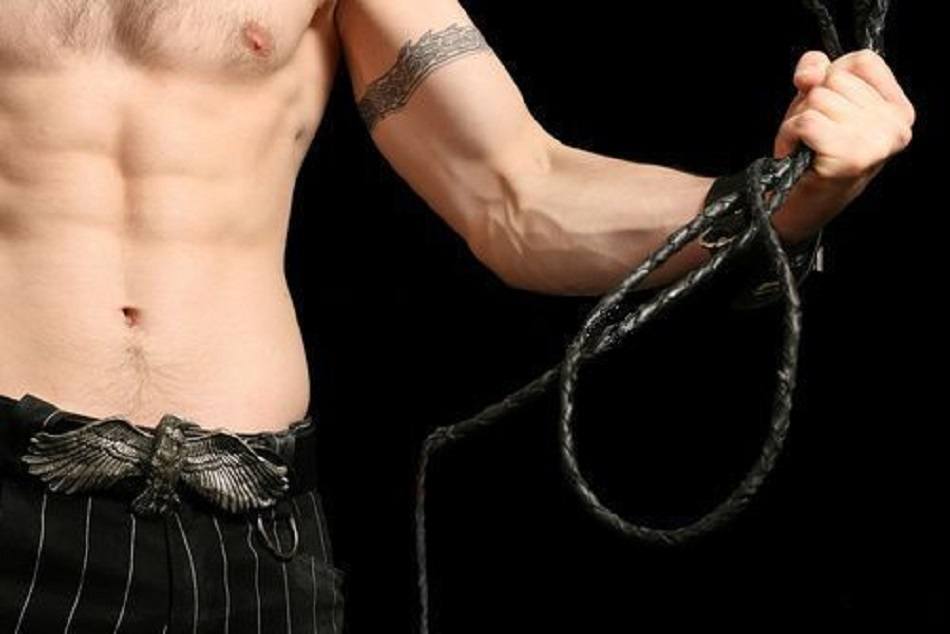 Indiana Jones was so cool. That crazy whip that he could do all the tricks with sure saved his life more than once. Before we go too much further, I have to stop right here and let you know that the kind of whip he carried is not what we mean by ‘self-defense whip.’ Keeping an attacker at a distance with a six-foot bullwhip is a whole lot harder than it looks on TV. Moreover, you need a lot of space to swing a long-tailed whip.

Getting good and accurate at using a bullwhip or even a flogger takes time and experience that you probably don’t have. By all means, start practicing now, but we’re looking at whips anyone can use with minimal training. There are several variants on the defensive whip, so we’ll go over a few different options that all share the same name and use.

When most people think of whips, it’s either a long bullwhip or that fluffy yogurt you can get in the dairy section. Obviously, we’re not suggesting you fight off an attacker with some fruit-on-the-bottom, so it helps if you know what the options are. You don’t want to order the wrong product when several things share a common title.

I’ll break down whips for you, so you’ll know just how much the umbrella term means, and what you’re looking for at a glance. However, deciding what style is right for you is a personal choice.

Defend Against a Whip

What if you happen to get attacked by someone holding one of these outstanding weapons. You already know they work, but you can’t just lay down calmly and take what they dish out. How do you stop an assailant who’s already carrying a whip as their weapon?

It may seem like you can’t do it, but that’s just defeatist thinking. Carrying a whip is a benefit in that scenario because it means you already know what you’re fighting and how it can hurt you. Knowing your enemy is the first step to defeating them.

If you’ve seen Indiana Jones, there’s a great scene where he swings across a twelve-foot gap by wrapping his whip around a tree branch. We’re not suggesting you ever try a movie stunt, but it does illustrate the idea that a long flexible whip will wrap around an object if it hits closer to the middle than the tip.

If you can get a long whip to wrap around your arm or some other object, then drop your weight on the taut length to pull your attacker off balance and/or disarm them. The same is true for multi-tailed long whips and metal chain whips. It will hurt to get hit, but let it wrap and take it away.

No one is ever going to attack you with a flogger. Seriously, it won’t happen. If it does, all you need to do is get a hand into the many short lengths of leather (or other material) and grab. Twist the flogger as you throw your body to the side in the direction of your twist. It might hurt to get hit in the hand, but it will only happen once if you take it away from the assailant. These are not good offensive weapons since they’re designed for torturing a tied up person.

Whips that are made of thin, flexible material and possibly covered with fabric or rubber are a different story. These dangerous little beaters can do more damage than it seems. However, because they are basically no different from a stick or billy club, defending against them is the same. Block the blow, grab the weapon and twist it out of your assailants’ hands.

As you can see, an unusual weapon can be alarming and confusing. Unfortunately, that is one of its strengths. If you know more about how the weapon works, you can easily defend against it, but when someone comes at you with a boomerang or a rubber chicken wrapped in barbed wire, it throws you off your game. Attackers depend on this. The good news is that you can use the same tactic. A moment of hesitation is all you need.

Now you know what to look for. You can grab a fantastic defensive option easily. We took a look at a lot of self-defense whips and narrowed them down to this small list. Whatever your style and need, you can work one of these whips into your self-defense arsenal and protect yourself from trouble. Keep your attacker from ever laying a finger on you by holding them at arm’s length with a proper whip.

The ingenious Fast Strike is our top pick, though it more closely resembles a riding crop than a true whip. Never the less, it does whip things very effectively and is in fact designed to break car windows even from the inside. The reinforced stainless steel whip itself is more than sturdy enough to do the job on glass or attackers.

The handle on this beauty is shaped like a pocket knife. It holds the tip secure, so the whole device rolls up like a tiny bullwhip for easy portability and storage. This style of weapon is especially effective against areas with bone near the surface such as knees, elbows, and the head.

2. Braided Leather Get Back Whip

Get Back Whips are meant to go on a motorcycle. They are a lesser known part of motorcycle culture that is making a comeback as vintage detailing. Because of their history and purpose, they are also highly functional defensive weapon options for those who have less traditional vehicles. You can add one to a leather jacket for a classic look or use the clasp on your belt loops and look fashionable while still sporting some unexpected self-defense capabilities.

For casual cool and easy to blend into an outfit, as long as you’re a little edgy, there’s no better option. As far as the defensive capabilities go, we’ve already discussed the damage a whip can do. You will, however, need to practice with this weapon. Accuracy is an issue, so this is a weapon for those who are willing to commit to it and put in the work to learn.

Check out the prices on these neo-vintage weapons here.

The Whip is just one name for these fighting chains. They have also been called Kusari-Fundo in ninjitsu and manriki-gusari or  “ten thousand strong chain” in Japanese. While chain fighting will not give you the strength of ten thousand men, you can kill a person with less chain than you might think.

A traditional chain whip is a heavy chain and usually has a dart on the end, but the advanced techniques are a dedicated Chinese martial art that requires years of practice and skill.  Fortunately, it takes a lot less ability to wrap a robust chain around your fist and punch an assailant. Likewise, you can double a chain over and hit with it like a bat, but the thinner surface will cause a more cutting style of damage.

Just as the Forsinsing Dragon Hand Tactical Metallic Whip is imbued with the qualities of the dragon-as-protector, this necklace whip also has a meaning beyond the basic. Monks have blessed the hundred and eight stainless steel balls. It may seem a little non-sequitur for a weapon to be hallowed, but it’s common.

The original user credited with creating the practice of Kusari Fundo may have been a monk himself. Unfortunately, the stories vary on crucial details, but Masaki Toshimitsu Dannoshin was either a 16th-century palace guard or a 15th-century monk. Either way, the purpose of the weapon was to injure without spilling blood.

The Phoenix Outdoor Acala whip bracelet combines the best qualities of the necklace and dragon bracelet. Even better, it adds it’s own unique touch with three larger mobile beads that can be used to help direct and concentrate your strike force. The simplicity of the design is elegant and functional.

Find the perfect blend of safety and function here.

Using a defensive whip helps you twice. Firstly, they are highly effective weapons that can do severe damage. Secondly, your opponent will probably balk when they see it. The advantage of surprise is often spoken of but seldom taken seriously. Even as it happens, we gloss over it and don’t think about the reaction.