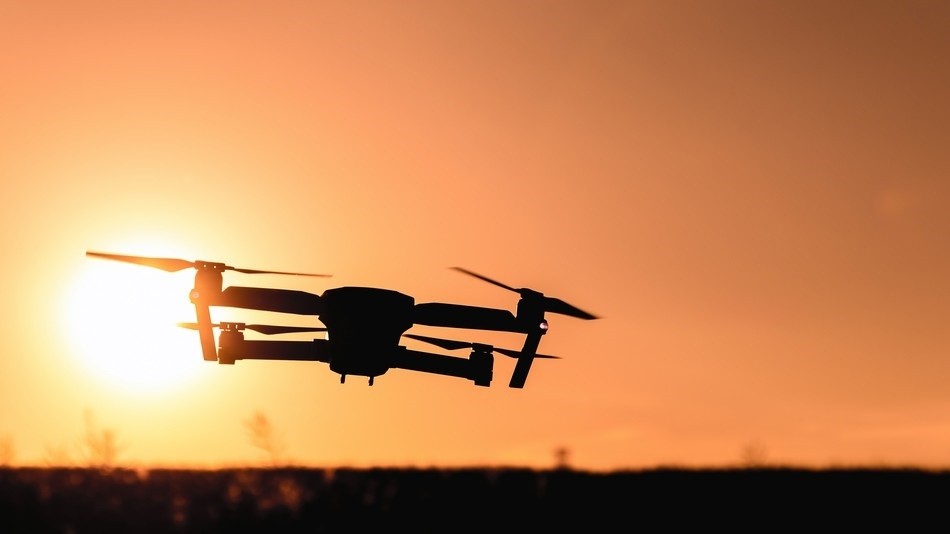 From children’s toys to military intelligence gathering, drones are trending and gaining popularity all the time. These light, remote-controlled aircraft are always in the news but why? They’re also on everyone’s wish list, but how useful are they? In movies, they can deliver packages and spy on people stealthily. I wondered how realistic those portrayals are, so I decided to dig up what I could about drones.

Can drones hear conversations? Not really because the noise level from the drone itself makes it difficult. In fact, most drones do not have listening capability. However, it is quite possible to rig up a listening device to the drone to hear a conversation.

Wondering just how capable a drone is could be called natural curiosity. However, the urge to own the best toys is also a great motivator. If you want to use a drone to catch a cheater, it helps to know what they’re capable of doing. You already know they can be equipped to hear and see. How far can you take that with commercially available drones?

One way to equip a drone is by it’s carrying capacity. Once you know what your drone can take, then you can essentially stick on any gear you own to do the job. Most hobby drones can only lift three to five pounds at best. However, so-called heavy lifting drones can pick up as much as forty pounds. To put that in perspective it means the right drone could carry a slim five-year-old child or a not too chubby beagle. That’s a lot of equipment capability.

GoPro Hero 7  (Click Here for the latest GoPro pricing) is a reliable and popular remote operation camera. They weigh three to five ounces, so you could strap at least three of them to a typical drone and still have a couple pounds capacity to add whatever else you might dream up. Just don’t forget to calculate the weight of your duct tape or whatever glue or epoxy you use. Even a drone like the DROCON Ninja Drone could carry a GoPro. That means your ‘spy’ equipment would easily fit in a couple of pockets. Click Here to check out the latest pricing for the DROCON Ninja Drone.

Drones come with tons of equipment depending on what you want to spend. Spare parts and cameras are the very least of it. From lanyards, so you can wear the controller to VR goggles so you can feel like you’re flying a real plane, drones are incredibly versatile. Importantly, if you wear the goggles, you may need a second spotter to keep their eyes on the drone while you fly. The FAA requires most outdoor flights to happen where you can see the drone, so peeking around corners can get tricky.

How Can I Record a Conversation Using my Drone

Due to the noise created by most drones, a good recording is difficult. However, if you’re willing to spring for the right equipment and use a whole lot of patience, you can work out a functional system. There are plenty of forums where enthusiasts help each other work out these sorts of maneuvers.

You do need some technical know-how and the right equipment to DIY a good recording system. First, quality editing gear can remove some background noise, but you risk distorting the sound. Second, quieter drones provide better audio quality; of course, the price is higher too. Third, you can opt to land the drone for recording and then fly it back to home. Lastly, you can choose to hang your audio recording gear on a long cable or wire. This makes maneuvering tricky, but it’s possible with some practice.

Can You Tell When a Drone is Spying on You

If you hear the annoying buzz following you everywhere, then there’s a good chance a drone is tracking you. Conversely, you might need therapy. Are there other ways to tell when a drone is following you? Amazingly, yes there are. You don’t need to rely on looking for shadows on the ground or what you can see an hear yourself.

A company called Echodyne has created a miniature, portable radar that can do what seemed impossible. They can detect drones. Not only is their product able to identify the small aircraft accurately, but they can also do it for a fraction of the cost of a standard radar array. They created the Metamaterial Electronically Scanning Array or MESA using highly advanced materials to downsize what would otherwise be a huge and costly bit of engineering.

In the paper “Game of Drones- Detecting Streamed POI from Encrypted FPV Channel” the creators of this clever system detail exactly how to intercept transmissions from drones. You see, to send the transmission to the receiver so they can watch you with a drone, a signal has to be present, and where there’s a signal, there’s a way to intercept that signal. This trick relies on being able to control the stimulus to the drone. They used smart film on a home’s windows, but you could use a light switch or blanket over a window for the same effect in the right conditions.

How to Prevent Drone Spying

What about when you catch a drone in the act? How do you stop a spy drone from invading your life? Regrettably, you cannot merely use a signal jammer in most places. This does not stop people from selling them online, but be aware that you could risk fines or worse just for owning one.

If you’re not familiar with signal jammers, they do exactly what it sounds like they should. Jammers are built to interrupt or even ruin the source of transmissions. The sale and use of signal jamming devices are illegal in the United States. In case there’s any doubt, United States Code, 2006 Edition, Supplement 3, Title 47 – Telegraphs, Telephones, and Radiotelegraphs, Chapter 5 – Wire or Radio Communication, Subchapter III – Special Provisions Relating to Radio has a specific law against using or distributing signal jammers. Though people still make and sell them, you can’t have one legally. Jam at your own risk.

Spoofing is a form of signal jamming that is more like a hijacking. You would use specialized equipment to temporarily or permanently take over the aircraft. Upon doing so, you can change the flight path or even download information from the feed. Predictably, this is just as illegal as other forms of theft and hijacking. If you choose this method, you may have to pay fines or even end up doing jail time. Especially if the drone belongs to the government, there’s likely to be trouble.

Knocking Them Out of the Sky

Alright, you say, I can’t jam them or hijack them, so I’ll just knock those drones right out of the sky. It makes sense. You should be allowed to shoot down drones over your property. After all, it’s your airspace, right? Actually no. First of all, it’s not your airspace legally in most cases. Second, the FAA classifies these as aircraft and taking down aircraft is a crime. Nonetheless, there are several ways to kill drones.

While you already know that shooting down drones is illegal, it can be done. Many places you cannot discharge a firearm even on private property, like inside of many large cities. However, technically speaking you can shoot a drone down, which is to say, it works.

Once again Boeing has invented the coolest toy you can’t have. The Drone Killing Laser Cannon is a very cool piece of tech that does exactly what it says. You and I will have to dream of owning one for personal use, but at least the armed forces can use them to stay safer in war zones.

The age-old pastime of Hawking is training birds of prey to go after targets, usually of your choosing. Naturally, any raptor can learn. Hawks aren’t the only ones who can do this trick. A parrot is certainly smart enough, but domesticated parrots typically aren’t trained. The Dutch are using eagles to take down drones. You could theoretically do the same.

A drone designed to destroy or capture other drones was inevitable. Just like all the cool tech toys we’ve discussed for drone stopping, you can’t legally use a drone to shoot down or capture another drone. For now, at least, the idea of a net slinging drone-capturing-drone is the purview of special forces and non-civilian pursuits. Then again, if you want to teach your drone to catch small birds and rabbits, you can do that.

So you can’t stop a drone, but you can catch it in the act. If you’re having drone-spy problems, the best thing you can do is record it. Use your cameras or drone-mounted cameras to record the event. Just as it’s illegal for you to take down a drone, it’s probably unlawful for that drone to be scoping you out. At least when you’re at home with a reasonable expectation of privacy, it’s mostly illegal for those drones to spy on, or record you.

If you’re concerned about privacy drones can be a nightmare. Unfortunately, they are a Freddy Kruger-esque Nightmare because their reach is all too real. Sadly, it doesn’t matter whether you’re doing anything wrong or not; drones can easily invade your space. It’s hard to tell if these perfect spies are around. Plus, it’s illegal to use a signal jammer in most places. You can set up constant surveillance, but 24-7 monitoring would be difficult at best. Catching a cheater with a drone is just a matter of getting a shot you can legally use.

Can you hear a drone flying? You can sometimes hear drones. It all depends on the make and model of the drone. The annoying buzz made by some drones is easy to hear or record. Drone makers have created quiet models you shouldn’t be able to hear once they’re about 30 feet away.

Do I need a license to fly a drone? Depending on where you live and fly you may need a Remote Pilots License. Besides, you may even need to register it with the FAA. Indoor flights and hobby drones under 0.55 lbs are typically exempt if you’re flying indoors or only on your property where you can see the drone at all times.