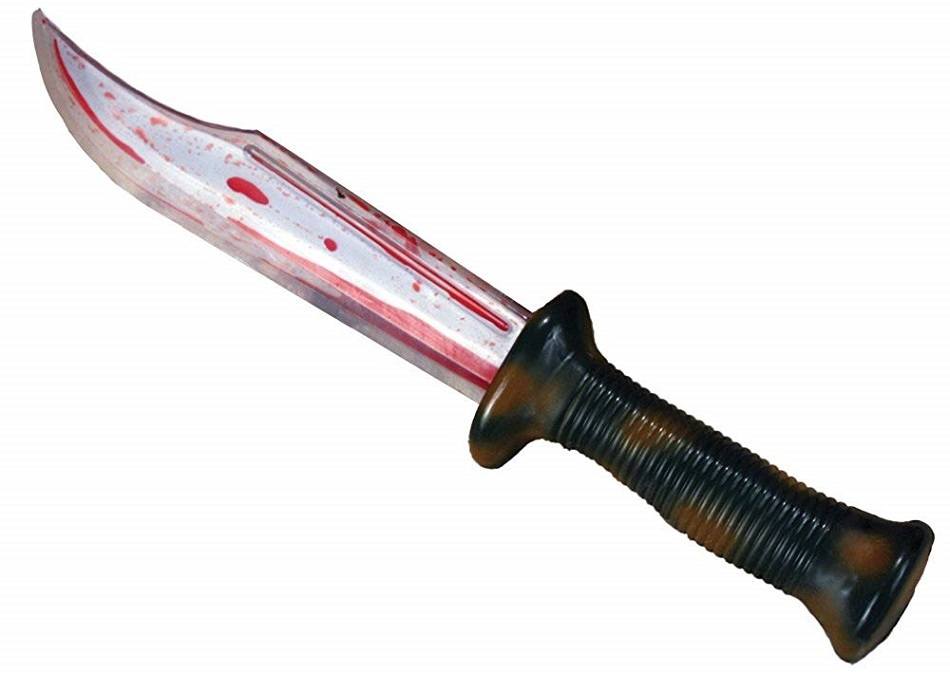 You may think it’s not that hard to remove DNA, but forensics is more advanced than you’d expect. Tests can show blood even after clothing has been bleached multiple times. What about something with a harder edge like a knife that had been used to commit a crime? Can you clean every trace off of it? We assume you’re only curious because you want to write a mystery novel, so we went looking for some answers. It turns out DNA cleanup isn’t easy.

Can you clean DNA off a knife? The short answer is yes. Using the right chemicals, you can remove all traces of DNA, blood, and other materials off of a knife. However, there are often tiny gaps where microscopic remains can linger. An expert could easily use that DNA to connect you with the crime scene. Missing just a few cells is enough for a forensics lab to test.

How Much DNA Is Enough to Test

It wasn’t all that long ago that DNA was pretty much a mystery to us. Deoxyribonucleic acid or DNA was discovered in 1953 by Francis Crick and James Watson. They are effectively the forefathers of modern molecular biology and much of forensic science as we know it today. Fingerprinting and some other forms of forensics date back as far as the early 1800s, but the DNA helix brought us into a new era of science and gave us the ability to read the template for making a lifeform.

Many of you will find it surprising that DNA evidence wasn’t used in a courtroom until 1986. For thirty years, we had technology that could have helped bring rapists and killers to justice, and no one thought to use it. At that time DNA testing was still in its infancy. A sample the size of a quarter was necessary to extract useful information.

By the 1990s, the size of the sample was much smaller. A stain or drop the size of a dime was enough. Getting the data from a smaller piece of evidence helped to popularize the practice of forensic DNA analysis. Crime shows on TV like NCIS naturally also helped raise awareness.

Modern DNA samples can be incredibly tiny. In fact, a mere six to eight skin cells are enough to get an accurate test result. A sample that small doesn’t need to be visible to the naked eye. As you can see, cleaning all traces of your presence away can be ridiculously challenging. Resultantly an eyelash is more than enough to land you in jail.

There are a couple of methods for collecting samples. The Cut Method works on soft surfaces. Cloth, carpet and other malleable surfaces have a piece cut out of them exactly as the name implies. The Swab Method, predictably, uses a swab to collect the evidence. Merely swiping up the cells or fluids left behind on a less porous surface, like that of your theoretical knife. Samples are typically then sealed in plastic bags and sent directly to the lab for analysis.

How Long Does DNA Last

If you’re hoping to get away with murder by letting time destroy the evidence for you, then it’s a good news-bad news scenario. Time can eventually break the bonds of DNA, but it’s not going to be a quick fix. Conversely, samples can get contaminated very easily if something goes wrong.

Preservation is always the key. Exactly how long DNA will last depends on how you preserve it. Exposure to the elements, sunlight, and heat or even water can break down a molecule faster. The best way to protect DNA is by freezing it and sealing it inside an air-tight container.

For all you would-be mass murderers the bad news is that DNA can last a little less than seven million years. However, it becomes unreadable after about one and a half million. Get a drop of blood on a moon rock over on the dark side, and some future human could clone you a million years from now.

It goes without saying that most conditions aren’t as perfect for preserving DNA as the dark and vacuum of outer space. When forensic scientists deal with rape cases, they strongly suggest that victims collect evidence within seventy-two hours. In that case, victims are advised to avoid the most typical reactions, which are usually to clean up immediately since it can contaminate or remove some vital evidence.

When it comes to finding the evidence of a crime, what your eyes can’t see will still incriminate you. Finding those stains at a crime scene, whether they’re on the knife or not, has to be difficult, right? However, thanks to a substance known as luminol, even cold cases can be solved years later.

Improperly cleaned DNA remains for years. When detectives need to know what happened, they use luminol to help show the story. Let’s say the knife in question was found in a room where you killed your cheating ex. You cleaned the blade and mopped the floor with some ammonia because you read online that this works to get rid of the blood. You even got smart and made sure to do the walls.

The luminol works by producing a chemical reaction that lights up when it encounters blood. More specifically, it reacts to the hemoglobin proteins that carry oxygen in the blood. Even after years and many washes, the luminol can show what really happened.

After spreading luminol on a suspected crime scene, the room would be sealed up to prevent light from entering. Your murder scene would glow like a room full of blacklight posters. From the spot where the body fell, to the smear across the floor and out the door where you dragged them away, every detail will still be there decades later.

Other than a few million years worth of time, not much will truly destroy DNA. Washing things off with soap and water, or pet stain remover isn’t going to erase all traces. DNA can linger on your sponges, and in your drains. While there’s no completely foolproof method guaranteed to destroy every last cell, bleach can help.

There is more than one kind of bleach, and they certainly aren’t created equal. If you choose wrong, then your effort won’t matter any more than if you used plain water. Chemical pollution can mess things up a bit, but trained professionals know how to sort out the real evidence from the contamination.

In the end, only oxygen-producing bleach destroys the evidence thoroughly. However, as we’ve pointed out, missing just a few cells is enough to ruin your perfectly plotted murder. Even the most compulsive cleaners may not be able to reach every place a few skin cells or some blood can hide.

Artist Heather Dewey-Hagborg is trying to raise awareness about DNA data protection. She collected random samples of DNA while out and about in public, and used the codes to recreate lifelike facial facsimiles of people she’s never met. However, she took things a step further and created two sprays. One should remove your DNA from surfaces you’ve touched, and the other is designed to mask it by contaminating the area with other DNA.

We couldn’t find any evidence of whether or not it works, but she’s got a great idea. Doubtless someday anti-DNA spray will be more common. For now, you’ll have to do your best and cross your fingers.

When plotting the perfect murder, it may be easier to simply melt your knife down to a puddle of hot slag and take it to the local recycling plant. Keeping a murder weapon, no matter how sentimental is a lousy plan. Throwing it out as-is or badly wiped could be even worse. No matter how long it stays undiscovered, microscopic evidence could still convict you decades later.

Obviously, your best plan is not to stab people. However, if you do accidentally murder a crime boss in self-defense and you don’t want his organization to hunt your whole family down, then at least you have a place to start your cleaning.