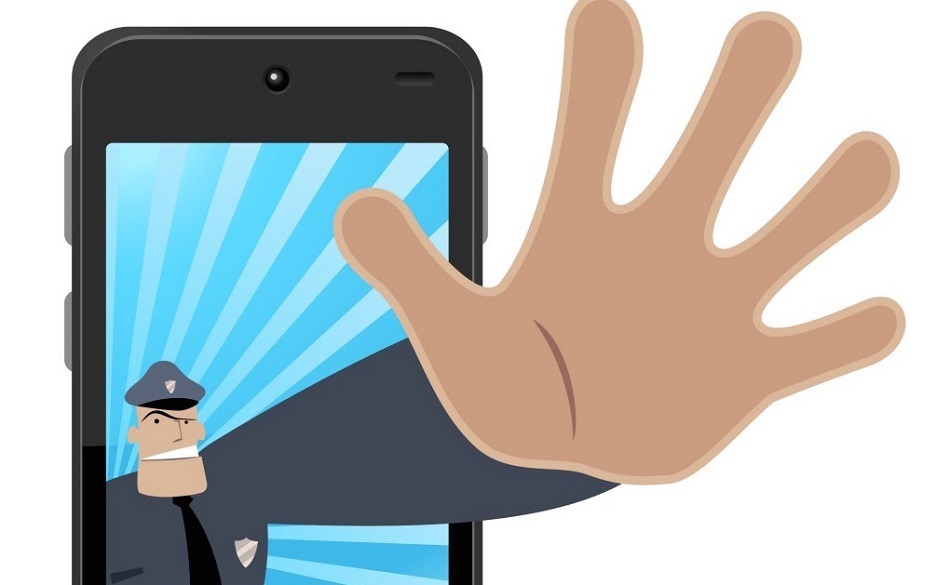 In the post-Snowden era of America, people are more aware than ever of their phones being tracked. Law enforcement always could track you by your phone activity and get warrants for wiretapping to listen in to your private conversations. Moreover, with GPS in virtually all cell phones, they can track your movements as well.

How can you stop the police from tracking your phone? The short answer is that you can’t. With the Stingray devices available to police and even the public, everyone carrying a cellular telephone is trackable. If the police fail to heed proper procedures, you may have some recourse. There are ways to make it more difficult, but every cell phone on Earth uses towers and can be tracked in some way.

Why Would The Police Track My Phone

If the police suspect that you are involved in a crime, they have every reason to track your phone. Likewise, if they suspect you have regular contact with people who are a part of organized (or other) crime, they may use you to track the whereabouts and activities of those people.

Any connection to a case they are working on could be grounds for tracking you. Of course, mistakes can happen as well. It’s possible to end up being followed falsely. For example, if a hacker stole your identity, you could end up getting targeted for tracking.

Laws in various counties and states vary wildly as to what the scope of police powers entails. Equally important, cell phone companies also have varying policies with regards to what information they’ll release to the police and under what circumstance. These can range from hesitation even when under a warrant to asking the police to ‘try’ to get a warrant when they have time.

Federal law is less confusing. The Fourth Amendment to the Constitution prohibits illegal search and seizure.

” The right of the people to be secure in their persons, houses, papers, and effects, against unreasonable searches and seizures, shall not be violated, and no Warrants shall issue, but upon probable cause, supported by Oath or affirmation, and particularly describing the place to be searched, and the persons or things to be seized.”

In a word, yes. The Supreme Court ruled last year on the issue of cell phone tracking as it relates to the Fourth Amendment rights. The briefest answer is that they say it does and that a warrant should be required to track location data.

Because your cell phone is continuously bouncing information off of cell towers, it has quite literally got a lock on your location at all times. If you, like the majority of Americans, feel that your comings and goings are not the business of your phone provider and anyone else who asks, then this is a serious victory for personal privacy.

Unfortunately, this doesn’t mean the data has stopped being collected. This isn’t an issue of whether you’re doing anything wrong; it’s a matter of personal freedoms being limited.

Alright, so it’s technically illegal to track you without a warrant. Does that mean that phone companies are no longer giving out the data? Well, we’d like to tell you that all is right with the world and your location is entirely secure at all times. However, if you’re reading this, then you already know or suspect, that things aren’t peachy keen. You’re right.

Regardless of what the Supreme Court said in last year’s historic ruling on location data privacy, your data is still up for grabs. It’s not just the police who can have at it either. For a few hundred dollars you can buy the location of virtually any phone you know the number for. No credentials required, and no questions asked.

On top of that, it only takes a moment or two to find every phone number ever registered in a person’s name online. There are plenty of services which search public records. These include cell phone numbers to offer their customers every single detail of a person’s life in a few minutes. They don’t even charge a high fee. You can get this information for less than $20 in most cases.

So what’s an average citizen to do? Obviously, a landline doesn’t have the versatility we need in this day and age. Plus it’s not hard to find a landline phone location. Is there a way to keep people out of your cell phone?

None of this may completely keep you from being tracked. Anytime your phone connects to a tower, it’s trackable. Using triangulation and data from multiple towers, the police can obtain location data for anyone on a cell phone anywhere. There may also be backup power in some models. However, using these tips will help keep you off the radar.

What Can You Do If Your Phone Was Illegally Tracked

Proving you were illegally tracked is no simple feat. Sadly, to do this, you’ll need a lawyer who can subpoena records to discover whether the police went through the proper channels. A regular citizen can’t demand these records unless they represent themselves in court, and that is rarely wise.

That said, if you believe the trace was illegal, it’s probably worth looking into. Especially if you’ve been arrested, charged or imprisoned based on a case where you were tracked by your phone. It happens more than you might believe. Hundreds of people have been put in jail using illegal methods. Thousands more may be able to have their cases evaluated just from the 2016 Baltimore arrests alone.

You have the right to expect your cell phone is private. You also have the right not to be illegally tracked. In reality, this isn’t worth much unless you pursue it in court. We live in a time of unprecedented data breaches. If you don’t want police to get your phone records, the only sure way to manage that is to have none.

How can I tell if my phone is being tracked? There are many possible indicators of cell tracking. Look for spikes in your data usage that don’t correspond to your own usage. If you’ve got unfamiliar apps or are getting strange texts, you might be a target. Weird overheating may also be a warning sign.

Can the police trace a blocked call? Yes, they can. Cell phone companies might not share the data with you, but it’s recorded none the less. Private citizens can also trace blocked calls sometimes using #69 and other methods.

Can a prepaid phone be tracked to its owner? Not always, but often, a prepaid phone can be tracked. It’s much harder for an ordinary citizen. Police can find out where and when a prepaid phone was sold and purchased. If the buyer used a credit or debit card, then it won’t matter if it wasn’t registered in their name.