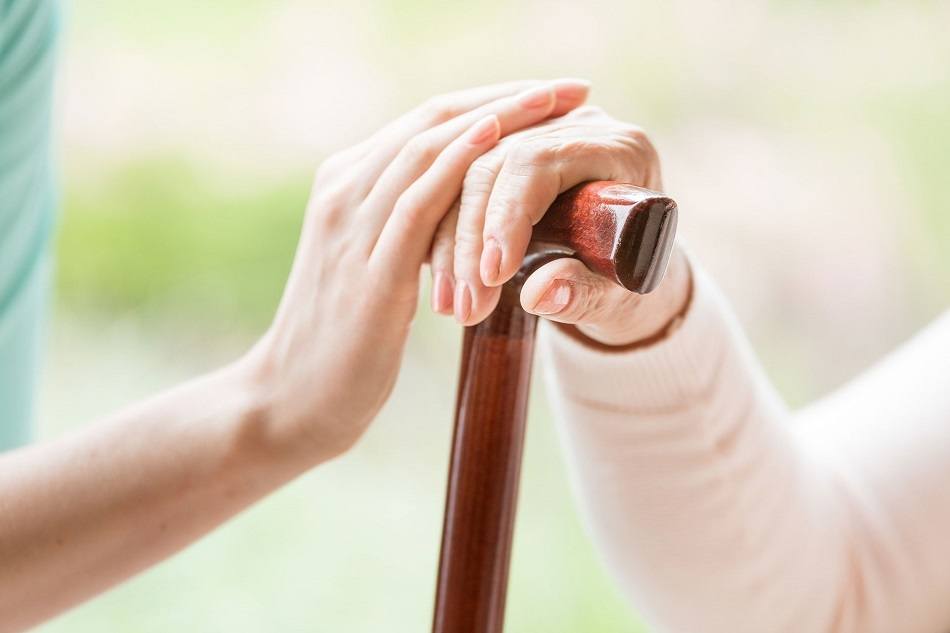 You were just walking around when the assault happened. It’s terrifying to get mugged or hurt, and you don’t want it ever to happen again. Thank goodness you’re alright, but you learned a valuable lesson. You need a weapon for your walks. A gun requires permits and knives are so small. Maybe a walking stick will solve the problem.

Whenever we talk about weapons, you have to keep in mind that the laws on carrying them vary throughout the country. Additionally, it always matters how you use them. If you lose it and go ape on someone unarmed, then you’ve got more than one issue. However, defending yourself is usually fine.

A walking stick can look like a cane or hikers poles. It can even resemble a wizard staff if that’s your style. In essence, a walking stick is nothing more than a shaft made of wood, metal, or even plastic, which you use for walking. Canes are fancy sticks. They can be used to navigate hills, give you stability, or look cool.

We’ve all seen older people or those with injuries leaning on a walking stick. Do you need to fake a limp, or have a real walking problem to justify carrying your walking stick? Good news, you don’t need to make an excuse to bring this useful defensive weapon. However, it doesn’t hurt to have an alibi.

Conversely, if you’re a costumed person like those who dress up in Rennaisance garb or Steampunk costumes regularly, using yours like a prop would be alright most places. It wouldn’t be out of place for a person dressed as a minstrel with a harp case on their back to be wandering around with a beautiful wooden cane. Check this cane out from Amazon Here.

Canes are useful for steadying yourself when you carry gear that changes your center of gravity. Likewise, hikers and backpackers often have hiking canes. They use the for going up hills.

It’s not technically illegal, but you may want to avoid carrying it over your shoulder like a baseball player. That looks threatening instead of legit. You don’t have to put weight on it, but it’s a good idea to use a walking stick as a stick for walking instead of a mere prop.

The trouble with defensive weapons is that they can become offensive weapons in the eyes of police or a jury if something does happen. That’s why you should always treat your walking stick like a walking stick and walk along, touching it to the ground. Let’s take a look at two very different scenarios.

Let’s say you get accosted by a small group of four guys. A cane is an excellent defense if you’ve learned how to use it. It should allow you to keep the all at a distance. Here’s where things get tricky:

The aggressors come up to you and menacingly demand your wallet. They threaten you. You respond by laying about you with your walking stick. At first, it works fine and keeps them away. You land a few blows. After all, you’ve got the drop on them, and they weren’t expecting someone who needs assistance walking to beat them with a stick.

Then one or more of them pull knives, or guns on you. You give up the wallet and manage to survive with your life. You call the police and even manage to have them arrested.

A man walks up to you in an alleyway and pulls a gun. He demands your money or your life. Ok, this guy has seen too much tv. Never the less you smack the weapon from his hand. You wallop him solidly in the head and use this highly recommended taser in your cane from Amazon for good measure, so he stays down.

The altercation is over quickly, and someone has called 911 before you even finish. Police arrive after you flee. The other guy is rushed to the hospital, and you are located and asked to come to the station and give an official statement.

What happens in each scenario depends on the judge and jury, but there are some key differences. It might seem at first that you’re in more trouble for the guy you beat, tased and then fled the scene from, but that’s not quite how it works. That guy pointed a gun at you, and there’s at least one witness because they called the police.

In the other scenario, though the group threatened you, you jumped to using a weapon before anyone actually tried to harm you. When they pulled weapons, it was in self-defense because you were already beating them up. Plus, there’s four of them and no other witnesses. It’s your word against theirs, and they’re more likely to walk away free.

Unlike many weapons, there is no single cohesive list of walking stick laws. Indeed it could be considered a club if you carry it and use it as a club. However, in Tennessee, the lawyers at AVVO answered this question. Their general consensus is that you can buy a walking stick and carry it. At home, you could use it on intruders and probably get away with it.

In Washington State, you can openly carry any weapon that’s legal to purchase. However, concealment is a big no-no.

What about other areas? The honest answer is that you’d have to ask. You can always consult a lawyer. Additionally, you can call the local sheriffs or police and openly request information. If you don’t want to get too over-specific, you could ask for general information on carrying non-lethal defensive weapons and give a short list that includes a walking stick.

“Can I carry a defensive weapon at all, and do I need a permit? I know guns and knives are a different subject, but what about pepper spray, a kubotan on my keychain or a walking stick?(Check Out the latest pricing from Amazon Here). Is that allowed here?”

They’ll probably advise you not to accost anyone, but you should get the information you need from your city or county law enforcement agency.

A weapon is only as good as the person who uses it. Even a gun is no good if your hands shake and you can’t aim. The same is true for a stick. If you’ve never used a weapon, a stick is a great place to start. Unfortunately, you need to know how to swing it.

Close combat with a long stick is tough. You’re somewhat limited in your range of motion. You will want to practice jabs with the pommel. Aim for the sternum, or bring it up and go for the face. Moreover, you’re going to want to look at the feet. Slamming a cane, especially a heavy one, down on some toes or the top of a foot can do a fair amount of damage. An enemy who can’t walk can’t chase you.

When you have enough space to swing, you can do severe damages. Yet, even though a stick will hurt anywhere it hits, there are lots of advanced techniques to apply. Learning skills to go with your weapons is essential to good defense.

Your average attacker isn’t too savvy. They think you’re an easy target or they’d have picked someone else to go after. Regardless, the trouble with carrying a useful weapon is that it can be wrestled away from you.

If an attacker gets your gun, you’re dead. Likewise, if you wack a guy a few times and he takes your stick, you can count on going to the hospital. Learning to hold on to your walking stick is vital. Some even come with wrist straps. Just be aware that an attacker who grabs a weapon that is attached to your arm can pull you off balance or injure you.

Weighing the risks is part of proper self-defense planning. The worst thing you can do is plan to wing it and not have any real defensive capabilities. As sad as it is, we do live in a dangerous world. Humans basically have no predators except ourselves (and sharks, but you can always shove a walking stick down their throats too).

Always stay aware of your surroundings. Paying attention and avoiding risks will help keep you from needing your walking stick. Failing that, know your own strengths and your local laws.

A good walking stick can be a lifesaver. Most places you can carry one openly, keep it in your car and have them in your home. However, be wary about how you use them, or you could end up in hot water.