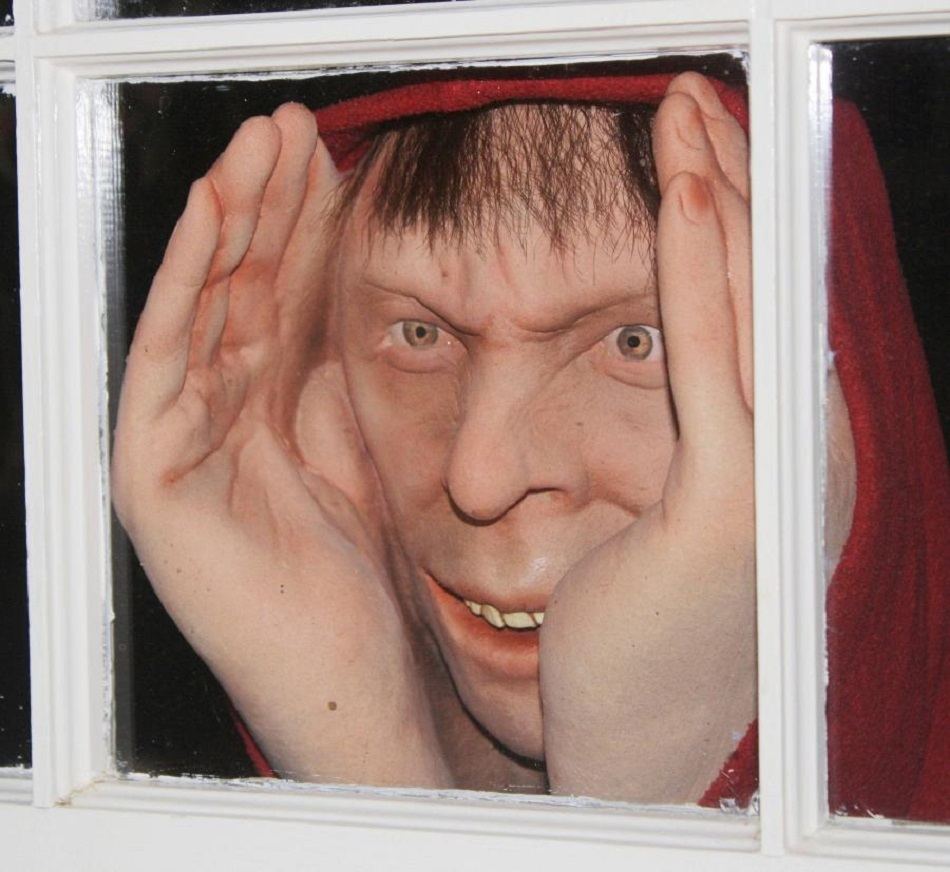 She’s so beautiful, the woman who lives in the apartment across the way. You like her, and you can see yourself getting to know her better. For now, you catch the occasional glimpse of her through that crack in the curtains when she’s on her way to the shower. It’s titillating, and no one knows you can see it from here. So, what could be wrong with that? I was curious, so I decided to find out more about this seemingly harmless pastime.

Is it legal to peer through apartment windows? The answer is it depends. If you can see into an open window from where you are then it’s typically alright. Open curtains are like an invitation to look because there’s no attempt to have privacy. If you close the curtains, even when there’s a crack, or move to a location where someone would have to trespass to see you, then you can expect privacy. Anytime the other person, like the beauty from the introduction, has a reasonable expectation of privacy, then looking is breaking the law.

Though harassment, invasion of privacy, and many other charges can be filed, only twelve states expressly prohibit voyeurism or ‘peeping toms’ in explicit language. More states are addressing the issue with each passing year. New legal provisions happen all the time. I’m not a lawyer. Consequently, you should always check your local statutes or consult with a lawyer before engaging in dubious activities. Never the less I’ve included the twelve state statutes that specifically address peeping.

Anti voyeur laws are meant to deter would-be stalkers and rapists among others. The penalties are surprisingly mild given the intent. Regardless, there’s nowhere in the US that looks favorably on the accusation of peeping. By any name, watching someone without their consent is a violation of privacy.

What is Neighbor Harassment

When the person next door, or anyone reasonably nearby in your community harasses you, this can be deemed Neighbor Harassment. Obvious problems like yelling obscenities and public displays of bad temper aimed at you are Neighbor Harassment. Likewise, when a neighbor touches you in unwanted ways or does other easy to spot activities, it’s a form of harassment. Any campaign of behavior designed to annoy, harass, create fear or otherwise upset a neighbor may be considered illegal in court.

In states, without peeping tom laws you still need to be cautious. Just because no regulation specifically prohibits an activity, that doesn’t mean that doing something is legal. If the result is breaking other laws, like stalking, you can find yourself in hot water.

How Can I Get Away With Looking Into Apartment Windows

Realistically, we would never counsel anyone to break the law, but there are plenty of exceptions. Some places make exceptions for those who are trying to catch a criminal. Adultery or cheating is criminal if you’re married. If you think your husband or wife is cheating, in California for example, you could peep to see. Unfortunately, the law still doesn’t allow you to trespass.

You also need to be aware of where you’re peeping. The Federal Video Voyeurism Act prohibits you from secretly capturing images of someone if they are on federal property and could reasonably expect privacy. If your spouse is the Mayor and works in a federal building, you probably can’t bug their office and record their mistress even though California would otherwise allow you to record a crime. Federal courts can overturn your evidence when it breaks federal law.

We’ve all seen it before, a scene where two teenagers live across the street. They watch each other through their perfectly level bedroom windows. It’s an adorable love story premise, but is it legal? This is potentially worse than regular peeping because they’re teenagers. If they’re both over eighteen and they consent by overtly leaving their windows open that’s one thing.

If either of them is even a day under eighteen, then it’s pedophilia/voyeurism for the other one in most places. Basically, Hollywood is promoting a bad stereotype. You can’t get your facts from cute TV shows. Deciding this is cute rather than something that could get you in trouble is ridiculous. The Registered Sex Offender List is for life.

Whatever the case, adults consent to lack of privacy by not trying to have any. The second the sexy neighbor, or hot ex who you can see from where you’re sitting, closes their curtains or puts up some sort of visual block like a dressing screen, then you’re on the other side of the law. A barrier exists for a reason. As long as you aren’t trying to get over, under, around or through it you’re usually within your rights. For those on the inside of the window and want privacy, one great option you might want to consider is buying film that clings to glass. One that I recommend is Lemon Cloud’s Bamboo Frosted Window Films Privacy Decorative Glass Film. It is easy to apply and most importantly keeps prying eyes at bay. For more information, Check It Out Here.

Is it illegal to spy on your neighbors? Method matters in answering this question accurately. If you drill a hole in their wall, peep through closed curtains, break-in or unnecessarily harass and frighten them then yes it’s illegal. If you set up cameras on the outside of your property and record what they can see it’s alright. Likewise, if you sit on your own property or a public space, then it’s generally okay.

Can Police use binoculars? You bet they can. Police may and do use binoculars, telescopes, and other assistive equipment. This can include special shotgun rounds to break locks and reverse peephole viewers. What they can’t do is stalk or harass you. They need a valid reason to be looking unless you’re in public or breaking the law.

Is looking through someone’s phone illegal? Yes. If you do not have permission, it is entirely unlawful to go through your significant other (or a friend family member or stranger’s) phone. There are exceptions for law enforcement, protecting underage children and possibly for private investigators in some areas. You also have to respect reasonable limits when they do give permission. For example, your girlfriend gives you her phone code to call her mom one day in an emergency. You aren’t allowed to look at who else she’s calling or texting. In this scenario, you also cannot unlock the phone later since she gave you the code to call her mom once.