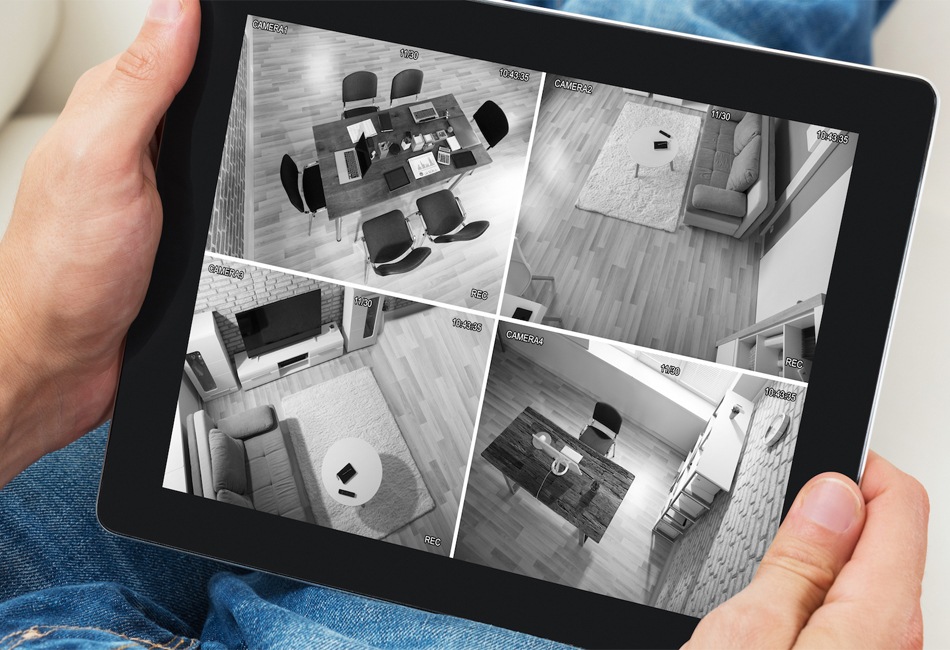 You had a feeling like you were being watched. At first, you laughed it off. Too much time alone, or maybe just too many horror movies could give you that creepy feeling, but then you saw him. Your husband was taking a micro SD card out of a hidden nanny cam that you didn’t know was there.

You checked while he was distracted, careful not to get spotted by the camera, and it’s there alright. Are there more? Can he even do this? Why is he spying on you? The questions are endless, but what matters most is that you don’t feel safe anymore.

What Not to Do

It might seem like a confrontation is the obvious first step, but taking action before you’ve thought it out is a terrible idea. Whatever you thought you knew about him before, he’s keeping track of your every move bizarrely. You should be worried, but you shouldn’t act rashly.

Jumping to conclusions can lead to fighting. Moreover, if you tip your hand too soon, you may cause other problems. Cameras aren’t hard to hide, and you don’t want to make a suspicious spouse more cautious because you may not catch him twice. If you’ve been doing things that are illegal or questionable, then he may be trying to protect himself, and you could force his hand before you have a chance to do anything about it. We’re not suggesting you should cover your tracks if you did something wrong, but you might want to stop and try to work things out.

What Does He Want

Before you start to handle the situation, you should try and figure out what he wants. Sometimes it will be apparent when you begin to think about it, and his other actions will clue you in. Then again, you may never know. If you’ve been up to something, then you don’t need to guess. You can safely assume he’s noticed. Otherwise, there are some distinct possibilities.

Whatever the case, his actions are ethically questionable at the very least. You have every reason and right to be concerned if your spouse puts in cameras and hasn’t told you. There is a very rare chance that he’s doing something positive, like trying to surprise you with a documentary of your hard work. That’s not very likely, though.

Can He Do That

We’d love to tell you that he can’t do that and it will never matter legally or personally if he does, but that isn’t true. Having a bad recording show up online could wreck your life. Even if your husband gets in trouble for it later, you can lose a job, your kids, your business contacts, and the respect of friends and family if you get caught on tape misbehaving. Plus, videos can be doctored to look worse than they are through careful editing. Sure, a professional can prove the footage was tampered with, but that won’t change things before the damage is done.

So, is it legal for him to take video or audio of you without your consent? Sadly the answer depends on where and why he does the recording. For example, in California, recordings are legal only if both parties agree, or if they’re done somewhere that the recorded person has no reason to believe they’d have privacy. However, there’s a big loophole. If you believe you’re recording evidence of certain crimes, (like extortion or kidnapping), then the prohibition is waived.

At home, it’s a different story. Most places, a homeowner or resident can put in cameras and record video anywhere that a visitor doesn’t expect personal privacy. So bathroom cameras and bedroom cameras are questionable, but a living room isn’t necessarily forbidden. We have numerous articles on CCF regarding cameras and where you can use them legally.

Video and Audio Are Different Legally

The laws on taking pictures or film are sometimes surprisingly lax. Upskirt cams have been caught, and their owners got away scot-free for being in public.  The same cannot be said for recording people’s words. Sure, if you’re standing on a public street corner, anyone passing could probably get away with recording whatever they can hear, but the Federal Wiretapping Act is no joke. If your snooping spouse is recording your voice, he may be in a whole lot of trouble whether you do anything wrong or not.

How Do I Stop Him

Unfortunately, you may not be able to stop your husband from placing cameras to surveil you at home. What you can do is leave. Divorce and separation are both sensible choices if your spouse is bordering on stalking. If they step over the line and make you afraid, you can even get injunctive relief, commonly known as a restraining order. You can also sue for breach of privacy, or take down the cameras yourself.

If you think your spouse is using cameras to record you secretly, the best path may be to get out of the situation. Of course, in that case, you probably want to take pictures of the cameras before you go, because if you end up in court, they’ll want you to prove what you’re claiming. At that point, don’t worry about keeping your actions hidden. Take your pictures and get yourself away safely and quickly.

Feeling like you married the physical embodiment of “Big Brother,” is awful. You have a right to privacy and reasonable enjoyment of your life. If your husband is trying to frame you, catch you or scare you, you do need to act on the problem. How you handle it is up to you, but don’t hesitate. Waiting for him to make the next move when he’s already moving against you is foolish. Protect yourself from this sort of problem by taking steps to remove yourself from it.

Are audio recordings admissible in court? Legally obtained audio is always admissible. If the source is anonymous, then many courts will allow it. As for illegal recordings, those depend on local laws except when the federal laws override them to protect the parties involved better. If that sounds complicated, it is.

What is the punishment for illegally recording someone? First, some courts will refuse the evidence, but not all of them. Furthermore, you could end up facing fines, lawsuits, or even jail time, depending on what you do and where you do it.

Can your spouse divorce you without your knowledge? The honest answer is sort of. The one seeking a divorce needs to make every reasonable attempt to notify you. They can’t hide their activity, but they can divorce you even if you refuse to sign or hide so they can’t send paperwork to you. Refusing to show up or sign can backfire since it’s possible you may lose things like child custody or spousal support rights. You might delay the divorce, but it will still happen. Plus you don’t get to have your side heard in court when the judge divides the assets.